The 2022 World Cup takes place from the 20th of November to the 18th of December in Qatar, and while most AUC students usually enjoy getting together to watch this tournament, many plan on boycotting it this year.

Simon Peschke, a second-year science student at AUC, deems it necessary to boycott this event: “The world cup is really meaningful to me, but this year I will not watch it”. Reasons for this, he says, are not only the human rights issues in Qatar, but also the environmental consequences. In fact, the construction of the facilities has been coined as a form of “modern slavery”, as most workers were underpaid to work in life-threatening conditions since 2010. Simon doesn’t understand how some, despite being aware of these human rights violations, are still considering watching the World Cup, thus giving money to FIFA and supporting such corruption: “so you care more about watching a game than 15 thousand people who died building that game?”, he says.

Indeed, official reports state that since the World Cup was awarded, at least 6.5 thousand migrant workers have died in Qatar, but most sources claim the number to be significantly higher. Furthermore, according to a FIFA report, the World Cup is expected to generate 3.63 million tons of CO2, but the NGO Carbon Market Watch claims that the emissions related to the construction of the stadiums would be potentially up to 8 times more than announced. Aware of this greenwashing, Simon complains about football “being ruined by investors and money”, and that the only way to prevent this from happening again, is to “spread awareness and do something about it”.

However, this is not a unanimous opinion within the AUC community, as others will watch the World Cup this year, despite the controversy. One AUC student, who prefers to remain anonymous, explains how passionate they are about the World Cup: “I love football in general, and this is the biggest football event there is, so every four years I get really into it”. When asked about whether they know about the human rights and environmental issues in Qatar, they say they are aware of it, and although they “would rather it be somewhere else”, this will not keep them from watching “every single match [they] can”.

Júlia Celma Werthwein, a second-year student and proud football supporter, says it seems “too late” to have an impact: “if all the countries would have boycotted it much before it was built in Qatar, then that is the only way that it could have actually been prevented”. Indeed, Júlia is frustrated by the delayed media coverage: “since 2010 it was decided that the World Cup would take place there, […] but the media did not show anything”. As a “big fan” of this tournament, she is really disappointed that it is taking place in Qatar: “it’s always been a special day at my house, but this year it’s going to be different”. She smiles and remembers the 2010 Final of the World Cup: “when Spain won against the Netherlands… that was amazing”. This year however, Júlia says that she will try to protest it by either watching it illegally so that no money goes to FIFA, or she will “go somewhere to watch it so that it’s only one person streaming, with a lot of people watching”. In fact, as a member of Catch, AUC’s sport committee, Júlia announced that they will most likely organise an event for the semi-final and final to reduce the perceived number of streamers while still enjoying the event as a community. 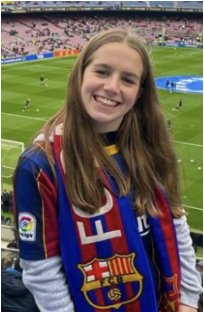 This goes to show that the controversial 2022 World Cup will be unlike any other before: while most AUC students have decided to set aside their love for such an event as they believe that boycotting is difficult but necessary, others are not willing to make such a sacrifice. Now one question remains: will the students succeed in boycotting this event, or will the boisterous euphoria of a soccer game being projected in a common room be too tempting to resist?