Editor’s note: This news story is part of a collaboration between The Herring and AUC’s journalism course. The story was entirely reported, written, edited, and fact checked by members of the journalism course. Some material may have been altered by The Herring’s editors to fit its style guidelines.

—When ants greeted Katia Nikiforova, a second-year Social Science major, at home few days after a dorm party in her common room, she knew what to do. She decided to move to a string without a common room.

Nikiforova lived in the string where Dormsessions events were held regularly, the third floor of the middle building. Although she didn’t have any problems with the event itself, the people who smoked, spilled beer, and yelled in the hallway frustrated her. Her common room, one of the biggest and emptiest at the dorms, was often used for parties and not everyone was responsible enough to clean their mess the next day. DUWO first put up a warning on the common room’s window and when the mess wasn’t cleaned, they charged the string residents for the cleaning fee.

Nikiforova said that paying the cleaning fee wasn’t the biggest problem. “The party people spilled beer and alcohol in the hallway, and it remained as disgusting and sticky as they left it.” The beer-spilled floor attracted more and more ants into the string and eventually into the rooms. Nikiforova had to fight against the ants for an entire month.

While some common rooms look like a furniture dump or a messy party room, some common rooms are turned into lavish living rooms. “We had the chance to move into this string all together,” said Antonin Lelong, a third-year Science major, “and decided to make our common room as a living room.” Lelong’s string, located on the fifth floor of the middle building, has a common room with a fully functioning kitchen and a cozy living room. They have weekly string dinners and coffee breaks in their common room. Their common room is always locked to prevent strangers from abusing it.

Most boards, such as Play UC and Peer Support, have their own common rooms in collaboration with the string residents while some, such as Dormsessions and Organic Campus, are using the same common rooms only when they organize an event.

Martina Kaplanova, a second-year Social Science major, whose common room is located on the fifth floor of the first building, emphasizes the importance of collective efforts to decorate and maintain a common room. “Third years in our string told us that a Dutch TV program refurbished our common room a couple of years ago,” said Kaplanova. “Currently, our string is not really bonded and over the year I have been living there, I could observe how the common room was deteriorating.”

Students are generally happy regarding DUWO’s help with the utilization of common rooms. “If they know that the string is making an effort to make something nice out of it, they are really supportive and will help in any way they can,” said Lieke Kollen, a third-year Social Science major. Matilda Médard, a third-year Humanities major, disagrees. She said that DUWO took their broom and mop when they cleaned their common room last year. Claudia Rot, a third-year Science major, said, “Except for randomly taking out furniture sometimes, I think DUWO is doing the best they can.” DUWO was contacted twice to ask how they choose the items to collect and how they want the common rooms to be used; however, couldn’t get an answer from them. 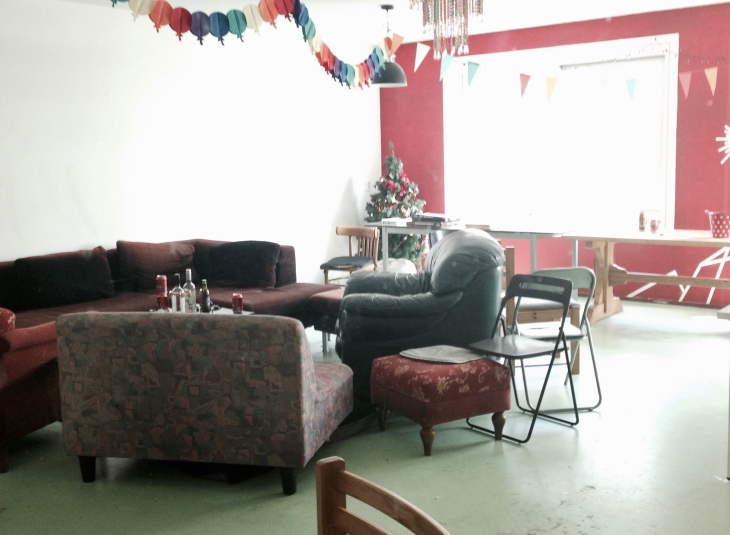 Aukje Terpstra, a first-year Science major, draws attention to the necessity of a good communication between the string residents. “Some of my neighbors were friends in their first year and moved to this string to be closer together,” said Terpstra, “Therefore, everyone feels responsible for cleaning, and everyone wants to help.” They use their common room few times a week to spend time together.

Arent Boon, a second-year Humanities major who lives in the string that Nikiforova moved out from, thinks that his common room is just a missed opportunity altogether. “I guess Dormsessions and the party culture killed any other possibilities for this space,” said Boon. However, considering that many common rooms looked like a furniture dump in the beginning, every common room has the potential to become a convenient communal space.